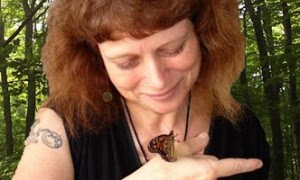 Marie Mason was arrested three years ago and charged with destroying genetic-engineering research and logging equipment. Her crimes did not cause any physical injury. Leading up to her sentencing, the FBI had warned that “terrorists” might attend the hearing. She was sentenced to nearly 22 years in prison. As I wrote at the time, Mason’s sentence was twice that of violent racists who assaulted African Americans on the night Barack Obama was elected president.

From the outset, Mason–a mother of two–was facing the longest prison term of anyone associated with the Earth Liberation Front. Then in August, 2010, she was transferred to FMC Carswell in Fort Worth, TX, which is described by the Bureau of Prisons as providing “specialized medical and mental health services to female offenders.”

Since being transferred to FMC Carswell, she has been denied all visitors except immediate family. Every single request by non-family has been turned down. In addition, for months she has not been receiving mail (prison officials say they have not officially refused any correspondence). Marie Mason is not being held in solitary (as she was previously at FCI Waseca), but she reports that she is being housed away from the general prison population, in a special prison unit.

At least one other political prisoner is also housed there. In 1984, Helen Woodson and others entered a Missouri nuclear missile silo with sledgehammer and jackhammer. They said they were inspired by the Book of Isaiah, which says “They will beat their swords into plowshares and their spears into pruning hooks. Nation will not take up sword against nation, nor will they train for war anymore.” Woodson is scheduled for release in September, 2011, after 27 years in prison. [Update: To clarify, that 27 years has been cumulative. Woodson was briefly released from prison during that time, but she committed additional non-violent political crimes and was sent back.]

I have written extensively on secretive prisons called Communications Management Units, which radically restrict prisoner communications with the outside world. Daniel McGowan, an Earth Liberation Front prisoner, and Andy Stepanian, of the SHAC 7, were both imprisoned in a CMU. (These prison units were recently covered by both The Nation and NPR).

The Bureau of Prisons has not responded to my inquiries about the CMUs, nor about Mason’s conditions at FMC Carswell. However, Mason’s supporters and attorneys report that federal officials have repeatedly denied that FMC Carswell is a CMU.

Mason’s case truly puts on display the unaccountable, unchecked power that the government has acquired in the name of fighting “terrorism.” Like many other defendants, Mason was labeled a “terrorist” from day one, and that label has followed her into the courtroom, through a draconian sentence, to these disproportionately harsh prison conditions.

As the president backpedals on his pledge to close Guantanamo, and alleged Wikileaks conspirator Bradley Manning is inhumanely being held naked and shackled, it should be clear that this is fundamentally about a lack of checks and balances on government power.

Marie Mason’s support committee reports that she has faced these three difficult years with strength and courage, and she continues to do so. She has been particularly interested in her artwork and poetry. Here is an excerpt of one of her poems, dated August, 2008:

The air no cooler than my blood, and still, so still

The tiny humming of mosquitos hovering in my line of sight

I will remember this when I cannot see the sun for days on end.

Please visit SupportMarieMason.org to write her a letter and donate to her support fund.