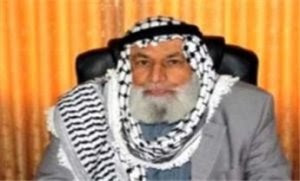 Addameer, the Palestinian Prisoner Support and Human Rights Association reported today that all of Addameer’s lawyers continue to be barred from visiting prisoners on hunger strike, with the excuse that the prison is in a “state of emergency.” Addameer lawyers have been repeatedly blocked from visits with prisoners on hunger strike, in the current strike and former strikes. Addameer also reported that 3 additional hunger strike leaders have been moved into isolation in Bir Saba prison as part of the ongoing policy of isolation and retaliation against hunger strikers.

Addameer also reported that prisoners are being fined 250-300 NIS (New Israeli Shekels) daily for their participation in the hunger strike. Despite these repressive measures, 150 prisoners in Ofer and 50 prisoners in Mejiddo joined the over 2000 Palestinian prisoners on ongoing strike on April 29. 30 of the prisoners in Ofer were then transferred to unknown locations. Sudki al-Maqd, the longest-held Syrian prisoner from the Golan Heights, who has served 25 years in occupation jails, joined the strike along with 15 Palestinian prisoners from occupied Palestine ’48, including Hafez Kundus and Mahmoud Jabarin, who are held in Gilboa prison, also joined the strike.

Member of the Palestinian Legislative Council, Palestinian prisoner and hunger striker Ahmed Haj Ali was transferred from Mejiddo to Shata on Sunday, April 29. Haj Ali is being held under administrative detention, and has been denied several lawyer visits in recent days while engaging in hunger strike. His son issued a statement through the Change and Reform legislative bloc, noting that his father is elderly and his health fragile, and saluting all of the striking prisoners.