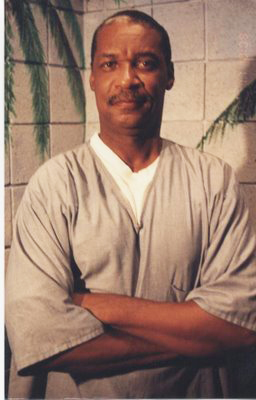 Greetings to everyone, I hope this update finds you in good health,
and high spirits. It has been several months since my lastletter.
Many things occurred since the start of 2011. The most
important for me is that my legal situation is moving forward. My
lawyers are planning to file a petition in court this year seeking
Some Relief for My Case. The second most important event was the
release of my memoir Marshall Law: The Life and Times of a Baltimore
Black Panther, written jointly by Dominque Stevenson and myself and
published by A.K. Press. I will talk more about the book later.

The year started with the graduation of 35 mediators trained at the
prison last year. This class of mediators is the first group of
prisoners to receive official mediation training in the U.S. that we
know of and perhaps the world! Many of them are already using those
skills among the prison population and will be able to use them in
the larger community upon return. The American Friends Service
Committee Friend of a Friend program at Jessup Correctional
Institution organized the activity, and Maryland Mediation provided
the training. Key members from various prison programs and
organizations received the training.

Another graduation of our mentoring program, A Friend of a Friend
will take place in June 2011. Thirty or so mentees from Friend of a
Friend program completed the course but missed their April graduation
because the prison was in lockdown. Mentors worked with mentees for
6 months to develop skills needed not only to survive their prison
ordeal, but also to be go back into communities and do work to
restore them, and contribute positively. Several mentees have
developed the skills necessary to become trained mentors. They have
already started working with other prisoners. Each new individual
who steps up is a plus and we welcome the help.

The release of Marshall Law is an attempt to share my story and some
of the events and experiences that shaped my life and made me the man
I am today. We kicked off a book tour in California in April and
closed that month with a launch here in Baltimore. My co-author and I
have done several radio interviews including Uprising on KPFK with
Sonali Kolhatkar and We Ourselves on WPFW with Jared Ball. The book
tour covered Oakland (CA), Los Angeles (CA), University of California
at Riverside, and UC-Santa Barbara, Philadelphia (PA), Washington DC,
and Providence (RI). We are also doing readings at a Political
Prisoner film festival in Philadelphia on July 2; more details will
be sent via email very soon.

The UC-Riverside event allowed me the opportunity to have a
discussion with former political prisoner Susan Rosenberg and
Riverside students. The L.A. event allowed me to speak to South
Central supporters and activists, and USC students. I was able to
participate via phone in the Black Political Imprisonment Symposium
in Austin, Texas on April 23, my birthday. I shared a panel
discussion with Robert King, a former political prisoner (Angola 3)
and we are looking forward to working together.

Support around my case continues to help me survive this ordeal. A
recent newspaper article reports on a rally held in Baltimore
celebrating my 65th birthday. That's right I am 65. Baltimore City
Council passed a resolution calling for the governor to either parole
or pardon me. Other voices around the country continue to speak out
loudly for justice in my case. For those who don't know, the two
members of the Black Panther Party also arrested in the incident are
no longer in prison. One, Jackie Powell died in prison in the 1980's
and the other, Jack Johnson was released a year ago, May 2010.

Thank you all for the messages posted on Facebook; I have supporters
post messages and I get your messages even though I cannot access it
myself. Please stay in touch with me about upcoming activities and
events. We would very much appreciate any assistance with setting up
readings and discussions of Marshall Law, so contact me if you can
help. Thanks to all the radio hosts who keep my case in the public
eye. In addition, equal thanks to the writers, reporters and critics
who aid in discussions about political prisoners and prisons. Every
kind of support helps all of us to continue to survive this ordeal.

In the future, I hope to see activists and supporters creating
projects built around community survival named after one of the many
political prisoners. This helps to keep our names out there and
provides opportunity to educate the community about political
prisoners. Projects could be local food gardens that involve the
community growing their own food. This work can serve as a vehicle
for discussion around self-sufficiency and as a collective response
to the plight of our impoverished communities as well as addressing
their needs.

All of us who consider ourselves progressive and or revolutionary
should support efforts that challenge the corporations and the
wealthy such as the recent US UnCut actions against individuals and
corporations that do not pay taxes. We also can support the work of
groups like Fund Our Communities who worked to push the Baltimore
City Council to pass a resolution to cut military spending and
provide funding in our communities. Ultimately, we should strive for
self- determination in our communities, so that we don't have to
request crumbs from the table.

Please remain positive and continue to struggle for Justice and Peace.