New legal step in the case of the Cuban Five 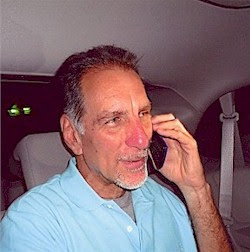 ON June 6, 2012, a motion on behalf of Gerardo Hernández requesting an Oral Argument and Discovery was filed with the U.S. Southern District Court of Florida (Miami Court) by counsel Tom Goldstein and Martin Garbus*, through his local counsel Richard Klugh.

This motion is part of the collateral appeal process initiated on June 14, 2010, and is based on the right Movant and his co-defendants have to know whether the Government was funding a negative publicity campaign about them during the trial whose purpose was to ensure their convictions.

Its purpose is to obtain, through interrogatories, document production, depositions and subpoenas all the necessary evidence to be fully examined by the Court in an evidenciary hearing and prove, at that hearing, that the legal consequences of the evidence will be that the convictions must be set aside.

The discovery seeks to establish:

(1) The full scope of the issue by identifying all journalists and media organizations that received funds from the United States and then published false, hostile, inflammatory and prejudicial statements about Movant and his co-defendants, as well as the specific articles, interviews, and television and radio segments in which those statements appeared;

(2) The precise degree of the Government’s influence and control over these journalists and media organizations;

(3) The degree of knowledge held not only by the U.S. State Department, which actually paid the journalists, but also by other branches of the Government, including the U.S. Department of Justice;

(4) The prejudicial impact of the Government’s propaganda campaign on Movant’s trial.

The discovery requests include 84 individuals connected to inflammatory press coverage relating to this case, 7 TV Stations and 13 Radio Stations.

* Martin Garbus is one of the country’s leading trial lawyers and has appeared before the United States Supreme Court as well as U.S. trial and appellate courts, in over 100 cases. His cases have established new legal precedents in the Supreme Court and courts throughout the country. Mr. Garbus, who taught trial practice at the Yale Law School and Constitutional law at Columbia, is the author of six books and numerous articles, which have appeared in The New York Times and the Washington Post, among other publications. He was a long-time personal friend and colleague of Leonard Weinglass. (www.thecuban5.org)