In Cherán “we got fed up with keeping our heads down” 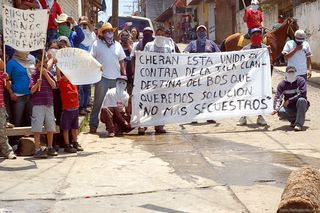