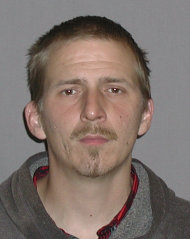 AKRON, Ohio (AP) — One of five men charged with plotting to bomb an Ohio highway bridge pleaded guilty Wednesday and agreed to testify against his co-defendants.

Anthony Hayne, 35, of Cleveland, who has a criminal record for theft and breaking and entering, pleaded to all three counts against him in U.S. District Court. His attorney, Michael O'Shea, said Hayne hopes to get leniency in return for his testimony.

Under the terms of the surprise plea deal, Hayne will have the chance to avoid a life prison term. With the plea and offer of testimony for the prosecution, he could face 15 years to nearly 20 years in prison.

"I don't think any of these guys intended harm to human beings," O'Shea said. "I think they just thought this was a way of making some sort of political statement. But I'm relatively confident none of these people had any desires to actually hurt anybody."

O'Shea said Hayne was a latecomer to the alleged plot and, as such, had the least standing to argue that he had been manipulated by an FBI informant as other defendants have contended.


Authorities have called the men anarchists, and investigators say the group planted what turned out to be a dud bomb provided by an FBI undercover informant on a bridge south of Cleveland and then tried to detonate it.

The defendants could face life in prison if convicted.

U.S. Attorney Steven M. Dettelbach said the government would now turn its attention to proving the case against the other four men. "We are pleased with today's guilty plea and are prepared to prove the allegations against the remaining defendants," he said in an emailed comment.

The five were charged with plotting to bomb a bridge linking two wealthy Cleveland suburbs by placing what they thought were real explosives at the site and repeatedly trying to detonate them using text messages from cellphones, according to the FBI affidavit.

The FBI said the suspects bought the explosives — actually fake — from an undercover employee and put them at the base of a highway bridge over the Cuyahoga Valley National Park, about 15 miles south of downtown Cleveland.

After leaving the park, they tried to initiate the explosives using a text-message detonation code, and they called the person who provided the bombs to check the code when it failed, according to the FBI affidavit.

The men also discussed other potential targets, including a law enforcement center, oil wells, a cargo ship or the opening of a new downtown casino, according to a prosecution affidavit.

The five had been associated with Occupy Cleveland, but organizers of the movement have tried to distance the group from the men. They say the five didn't represent it or its nonviolent philosophy.